Lately, Mac has been obsessed with "that's not fair!!". The thing is, I'm not sure that he really understands what 'fair' is, because he uses it in weird places. For example, when I tell him it's time for bed he tells me that's not fair!!  When I ask him not to throw food, well, that's not fair!!

And to make it worse, being an avid Princess Bride fan, every time he says it, I have the urge to giggle because this is what pops into my head: 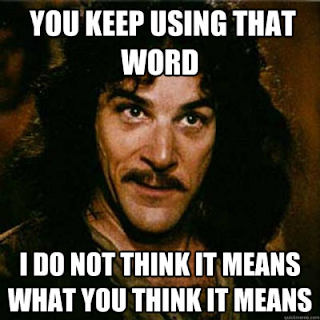 ... and now Mac just thinks that's I'm laughing it HIM. Which, you guessed it, isn't fair.
Email Post