We spend the morning running around and doing errands. As a reward for extreme good behavior, I took the kids to the food court so that Mac could have A&W... 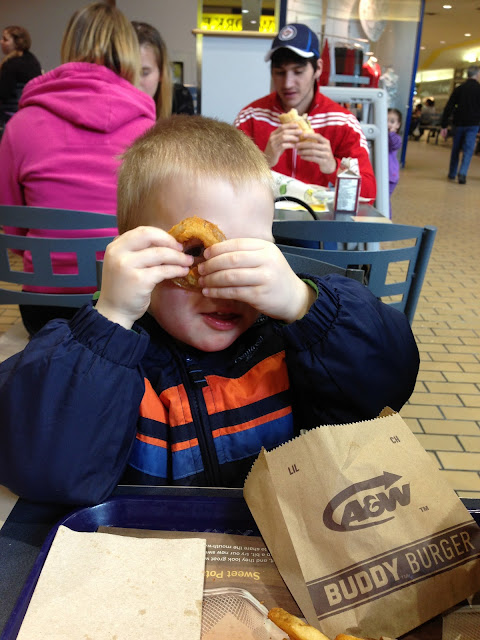 ...and then pit stopped at the photo booth to take some pictures with the kids. While we were there I decided to stop at Bonnie Togs and try to find some sunglasses for Isaac since Walmart only sells them for ages 2 and older. I found a pair which Isaac LOVED. 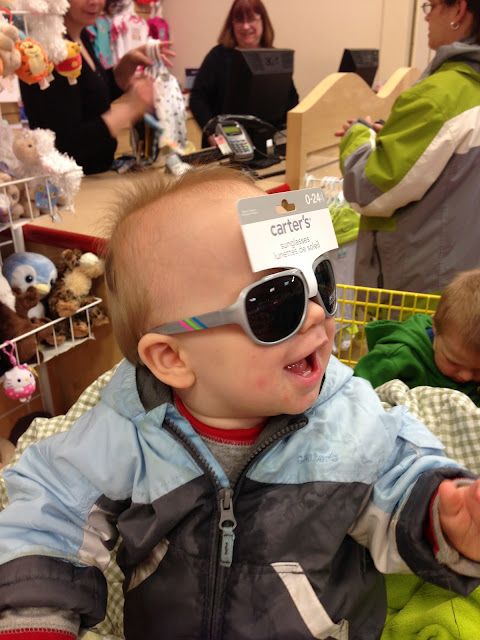 After all this, it was time to go home. Both kids passed out in the car. Mac has been sick, so I was glad that he was catching a nap. He didn't even wake up when I brought him in the house. I laid him on the couch and went back out to get Isaac who instantly woke up as though my touch was equivalent to being poked with a cattle prod. I tip toed ninja style past Mac who was still sleeping on the couch and brought Isaac into his room and tried to put him down in his crib so that he could have an ACTUAL nap. Yeah, right mom. What were you thinking!? He started crying almost immediately so I took him out of his crib and decided to check and change his diaper. This made him start crying even louder. Have you ever had that moment when you're desperate to make your kid be quiet and so you sing them anything that comes to mind in an effort to either make them either laugh or be quiet? I tried that. This is what came out: 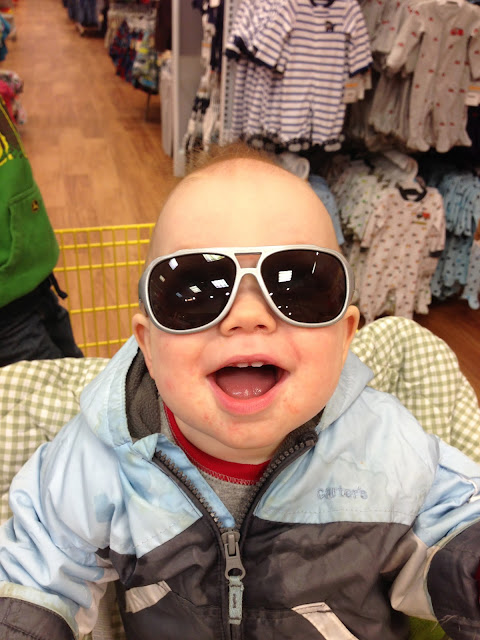