I took a little break from blogging to actually spend time DOING things rather than just writing about them this summer. You'd think, based on that statement that we spent the summer busy doing tons of awesome things, right? Not really. In fact, the middle part of this summer has passed by in a blur.

One of the highlights was my brother and sister in law coming up to... house hunt!!  I'm so excited to have him (and Jen) living so close. The bonus is that Mac and my brother's oldest are the same age, and Isaac and Liam are six months apart, so they're actually going to get the chance to really know each other. They finally closed on a house YESTERDAY after major headaches and hiccups and will be moving here mid september. Can I get a WOOHOO!!??!

We also all got clobbered with a summer cold that STILL hasn't completely gone away. That was a lovely way to spend two weeks of really crappy weather. It was topped by Mac spiking a really wicked fever the last three days. Poor little guy.

Speaking of weather, where has the sun been? It's been so wet, and cloudy this summer that gardens have been suffering and the slugs in mine have been abounding. Ew. Just really, really, ew. Yesterday I saw a slug stretched out on the leaf of one of my squash plants and it was so disgusting I nearly threw up. Don't worry, I didn't, instead I just did that weird gross bug dance and then ran in the house. I'm sure the neighbours across the alley think I have a seizure disorder or something now.  But hey, at least we don't have any forest fires this year!

We also bought a trailer!! Woohoo. It was actually just delivered two days ago and is a thing of beauty. I can't wait to actually get the chance to sleep in comfort during hunting season, not to mention having a space that is mine. 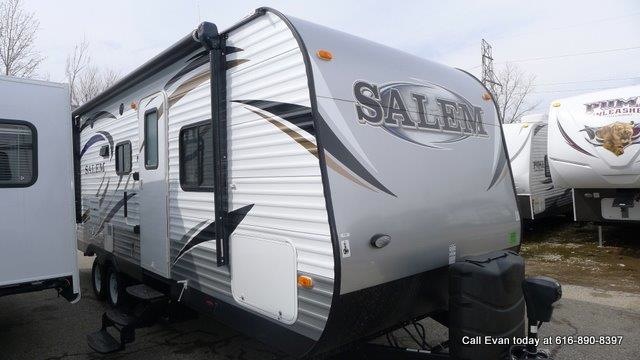 I also finally stopped procrastinating and tried making stuffed squash blossoms. I've looked up about a thousand different recipes and ways to do it and had asked my neighbour who had a abundance of them sprouting in her garden if I could snag a few. She very graciously said yes, so two days ago I went into her garden and grabbed four blossoms. I really didn't know what to expect. Would it taste flowery? Grassy? The blossoms have little prickly "hairs" all over so would it be prickly? It had the potential to be either pretty good or a horrible experiment.


Thankfully, it was pretty good. I want to try again and try stuffing them with cheese and maybe garlic. I bet mozzarella and roasted garlic would be delicious inside there.  Let's face it - garlic makes everything better. I think that if the sun actually makes an appearance at least a little each day for the next day or so, I will have an other batch of blossoms and I can try it out. There was no "flower" taste at all.

We also went chokecherry picking with my friend Heather yesterday.  I picked a bucket full and Heather and her boys surprised me by giving me two huge Ziploc bags full of choke cherries they had picked. So I spend the afternoon boiling them and making fruit juice to use for choke cherry jelly. We also walked by a friends house who has two gigantic crabapple trees and they said we could pick some crabapples, so it looks like we'll have two different kinds of jelly to make. I'll make sure to post pictures when that happens.
Email Post
Labels: Family Food